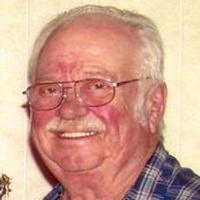 Meides-Donald E., 74, of Darien, NY died Saturday, November 24, 2012 at United Memorial Medical Center in Batavia, NY. He was born January 10, 1938, and was the son of the late Elmer and Mildred Meides of Alden, NY.
Don worked on his parents' farm before becoming a construction laborer, and then an operator of heavy equipment. He was a 41-year member of I.U.O.E. Local 17. Following his retirement in 1995 from operating, Don worked for Zoladz Construction as a dump truck driver for another 17 years.
Don was an avid hunter and fisherman. He enjoyed spending time with his family, playing cards, watching westerns, and being at his cottage on Honeoye Lake.
Don is survived by his loving family: his wife of 44 years, Phyllis (Maute) Meides, son Ronald E. (Mary Beth) Meides, and three grandsons: David, Dylan and Ryan, all of Darien, NY. Also survived by his daughter-in-law Susan Radella and grandsons Donald and Steven Meides, all of Georgia; and sisters-in-law Dona (Henry) Eisel, Barbara (Leo) Maples, Roberta (Dan) Janis and Margaret Meides. Also survived by nieces and a nephew. He was predeceased by his son Donald R. Meides and brother Richard H. Meides.
Family will be present at the Charles Meyer Funeral Home 13228 Broadway Alden, NY Thursday and Friday from 5-8 PM, where a prayer service will be held Friday at 8 PM. Flowers gratefully declined. Memorials may be made to the Darien Center Fire Dept., PO Box 135, Darien, NY 14040; UMMC Foundation, 127 North St. Batavia, NY 14020 or a charity of your choice. Online condolences may be left at meyerfuneralhome.com