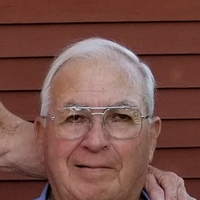 ALTON, NH — William “Bill” Stevens, 79, a longtime resident of Alton, passed away peacefully at Concord Hospital on October 22, 2019 after a period of colon cancer.

Born at Concord Memorial Hospital December 18, 1939, the son of Richard Eastman Stevens and Cora Frances (Chamberlin) Stevens, Bill grew up in East Concord/Heights when the “Plains” used to be an agricultural neighborhood. He attended the Hebron, NH one room schoolhouse for a year before moving to Concord where he attended the “new” Harriet P. Dame School and graduated from Concord High School, class of 1957.  Bill graduated from New England College as a civil engineer, class of 1962. He proudly served in the U. S. Army Reserves, 1957 - 1965.

In his early career, he was the superintendent and engineer for Landers and Griffin-Morrison Knudsen constructing I-89/93 and other large projects, before becoming the owner of Stevens Construction Inc. with his wife Marilyn, in the Lakes region. He was known in the area for being the “Dozer Man” and an artist of the Earth, building more than 40 ponds in his lifetime along with numerous home sites and roads.

Bill spent time gardening and enjoying nature in the woods and fields, where he was a skilled deer harvester. He also liked traveling to his winter residence in Okeechobee, Florida and previous years in the Florida Keys.

Bill is survived by his wife of 59 years, Marilyn Bickford Stevens; son William Stevens III; daughter Susan (Chris) Weeks; grandson Richard Stevens; granddaughter Alexandra “Ally” Weeks; and brother Dick E. (Alna) Stevens of Bow Center; and many favorite cousins. Bill was fond of his many past canine companions and his present golden retriever, Katie.  He was predeceased by his parents.

A Graveside Service will be held on Monday, October 28, 2019 at 11:00am at Pine Grove Cemetery in East Concord, NH.  In lieu of flowers, memorial donations may be made in his memory to the American Cancer Society.  Arrangements by Peaslee Alton Funeral Home, to express condolences, please visit: www.peasleefuneralhome.com